In the most beautiful and popular resort of Rhodes island, Faliraki, and in full compliance with the natural environment, we chose to establish the first thematic accommodation on the island, the luxurious “CASTELLO di CAVALIERI SUITES & SPA” .  Our theme, deriving from the island’s history, takes you back to another era-the romantic era of the Cavaliers of Rhodes. It is the romantic aura of the Era of the Knights and the medieval history of the island, which has inspired us in the naming of our hotel.  Here you can enjoy your holidays in a comfortable and relaxing child-free environment away from the bustling crowds, noise and stress, in a renovated stylish setting, specially designed for adults (Guests aged 16yrs and older are considered adults at this resort). 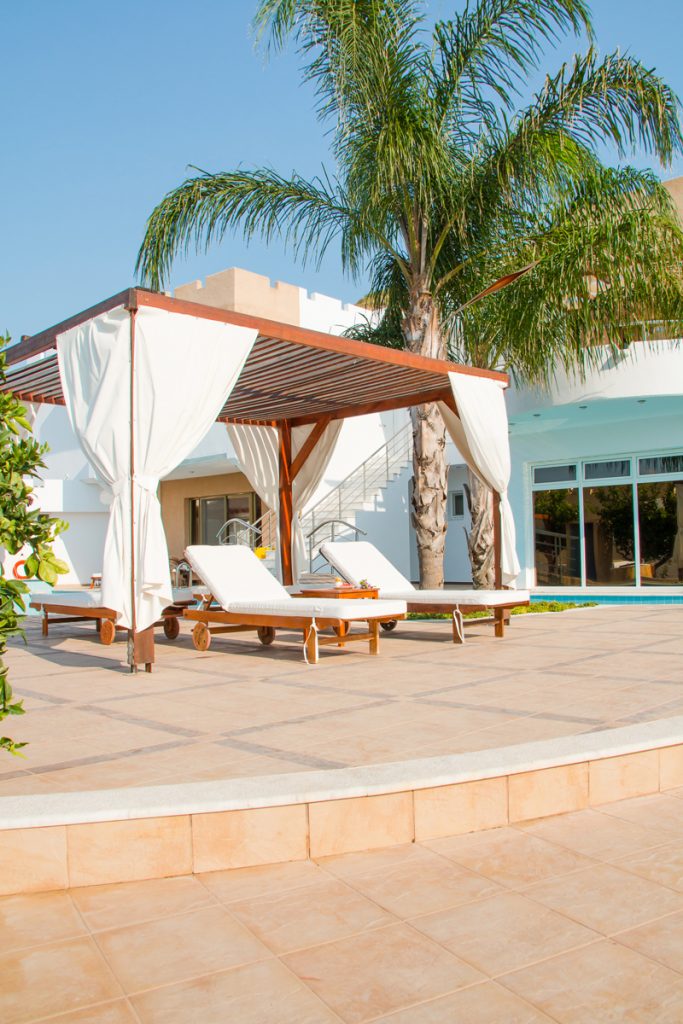 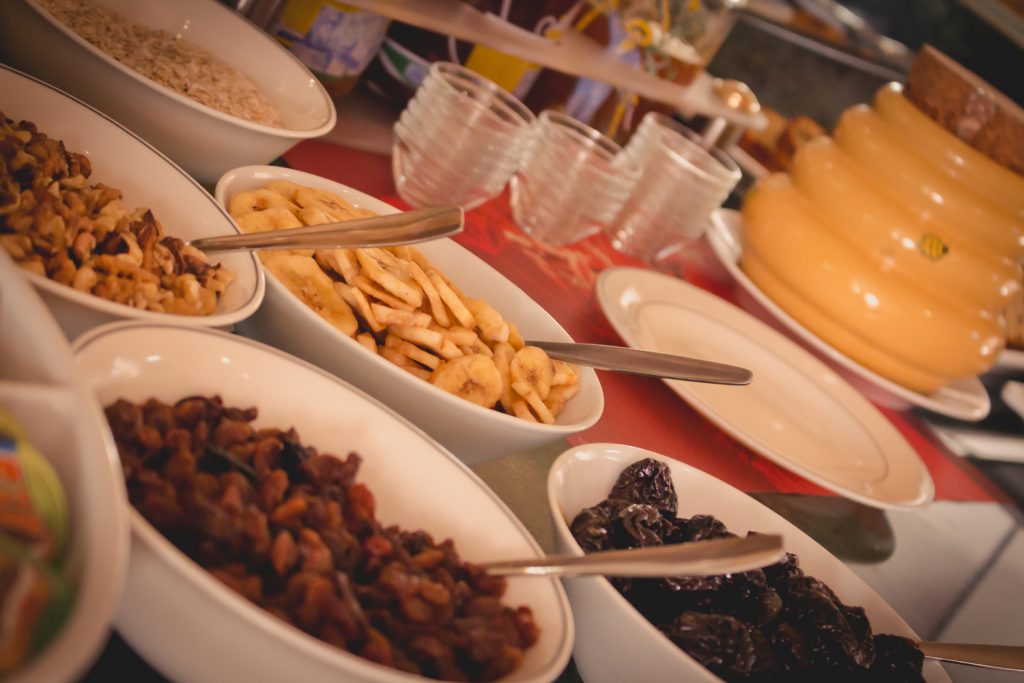 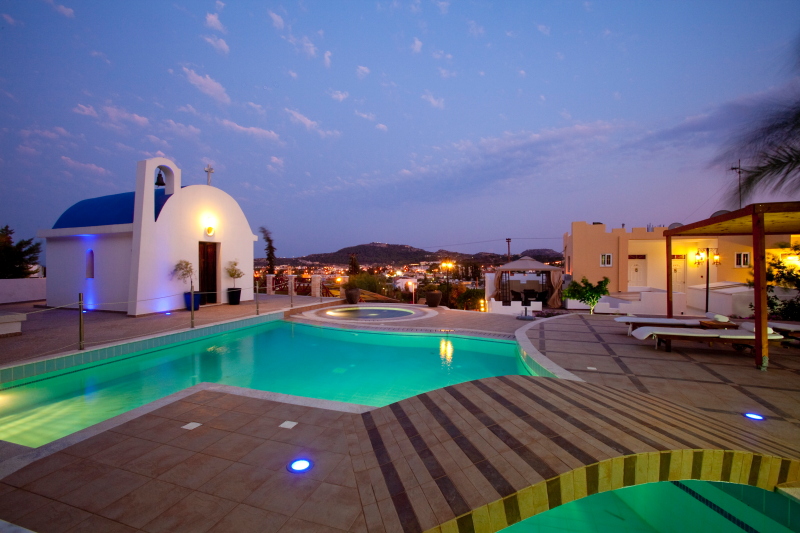 18 luxurious suites, truly elegant and ideal for honeymooners and for those seeking privacy and relaxation reflect a genuine aristocratic flair. Our guestrooms will fill your vacation with precious memories.
Your stay at the uniquely decorated rooms, all equipped with high quality amenities, combined with the personalized and friendly service will provide you an unforgettable experience.
The “CASTELLO di CAVALIERI SUITES & SPA” is the retreat you’ve always wanted to experience … magical, warm and shining with the smiles of our friendly staff.

Your stay at the uniquely decorated rooms of “CASTELLO di CAVALIERI SUITES & SPA”, equipped with all modern facilities, will offer you an unforgettable holiday experience. The hotel boasts 13 Standard Suites of the Knights, 2 Grand Master Junior Suites Shared Pool and 3 Grand Master Emery Suites all designed in unrivaled style and eclectic elegance.
READ MORE
Previous
Next

Tailor-made facilities for romantic couples like exquisite accommodation and treatment rooms for two in the ambient Wellness & Spa Center of the hotel ideally compose the mosaic of a memorable vacation experience.
A great variety of options is available at your fingertips with the airport and the city of Rhodes being just a 15 minutes drive (14km / 9 miles) meaning less hassle. Its privileged location will allow you to conveniently explore all the attractions of the island, when most of the beautiful sandy beaches are just a short distance away.
The “CASTELLO di CAVALIERI SUITES & SPA” may also be the perfect setting for your special social events. Whether this is an extravagant wedding or a christening ceremony for a small number of people, or a birthday cocktail party, success is guaranteed!
The chapel of St Pelaghia, decorated with exquisite frescoes and located within the premises of the hotel ideally complements the landscape and creates an awe-inspiring venue for private celebrations. This picturesque setting with waterfalls to illuminate the swimming pool is a brilliant location to celebrate wedding events in Greece that will be engraved in everyone’s minds forever.

The Spa & Wellness Center of “CASTELLO di CAVALIERI SUITES & SPA” is the perfect choice for those who want to awaken their senses and purify their soul.
Imagine a spa that makes you feel at ease from the moment you step through the door. In a magical setting of 80sqm we provide a wide range of massage programs and salon treatments, which you can enjoy having the exclusive use of the Spa.
Relax in the Jacuzzi or hamam and then treat yourself with one of the exquisite treatments of “Body & Soul Private Spa”: massage, body treatments and facials, salon services, manicure, pedicure, makeup, etc.
Alternatively you can choose a “Spa Package for Couples” and share a relaxing and rejuvenating experience with your partner.
Reserve your “Body & Soul Private Spa” journey and enjoy every second of it!

Faliraki is located in the north of the island of Rhodes, about 14 km (9 miles) south from the Harbor and the city of Rhodes and about the same distance east from Rhodes International Airport. This beautiful location is part of the Municipality of Kalithea. Faliraki was established in the late sixties, with just a couple of small tavernas, Greek tourists and fishermen.
Before the end of the sixties, Faliraki was just another agricultural area, well known for the superb tasting grapes, figs and tomatoes. In the early seventies, Faliraki started to attract more and more tourists from many parts of Europe. Within a few years, thanks to the beautiful and long sandy beach, many hotels and rental apartments were established in Faliraki, able to accommodate several thousands of tourists. The great boom in tourism took place in the eighties and Faliraki became the largest and most popular resort of the island of Rhodes.
Today, Faliraki, with its entire infrastructure, is capable of accommodating about 45,000 tourists on a daily basis. It meets the expectations of visitors of all age groups, all tastes and budgets; the variety ranges from the most expensive hotels to the family owned-catering apartments and studios, which during the last 3-4 years tremendously upgraded their service and quality.
Moreover, Faliraki is well known for its nightlife! At the center of Faliraki there are the bar and club Streets, which attract all the young tourists. Away from the center of the town you will find many traditional Greek tavernas, bars and cafeterias for a quieter and more relaxing evening out.
Faliraki Beaches
Besides the main beach of Faliraki, there is also the small graphical Kathara-bay (meaning “clean”), and the naturally shaped and secluded Nudist beach. Additionally, there are another two small bays that attract many tourists; the Ladiko beach and the Anthony Quinn bay, named after the famous actor. This is where the “Guns of Navarone” was filmed. All the beaches in Faliraki are fully organized, with public toilets, showers, umbrellas and sun-beds, a variety of water sports for all ages, shuttle boats to Simi and Lindos, snack bars and restaurants.

Rhodes Island
In the deep blue Aegean Sea between Crete and Asia Minor Rhodes island is located. Here, in this corner of Greece, nature has created a wonderful world, marked by history. It is the island of the sun, the sea and nature…
The town of Rhodes in the northern part of the island presents has two faces. One is the Old Town which is the best preserved medieval town in Europe. It is surrounded by medieval walls; it has castles, churches and the Palace of the Knights. The other one is the new town which is situated all around the Old Town, with traditional streets and buildings, luxurious hotels and tourists shops with characteristic Rhodian artcraft.

During the night you will be amazed by the beauties Rhodes has to offer. Take a romantic walk in the Old Town or at the marina. Visit the cafes, bars, restaurants, night clubs and the casino.

We use cookies on our website to give you the most relevant experience by remembering your preferences and repeat visits. By clicking “Accept All”, you consent to the use of ALL the cookies. However, you may visit "Cookie Settings" to provide a controlled consent.
Accept All
Manage consent

This website uses cookies to improve your experience while you navigate through the website. Out of these, the cookies that are categorized as necessary are stored on your browser as they are essential for the working of basic functionalities of the website. We also use third-party cookies that help us analyze and understand how you use this website. These cookies will be stored in your browser only with your consent. You also have the option to opt-out of these cookies. But opting out of some of these cookies may affect your browsing experience.
Necessary Always Enabled
Necessary cookies are absolutely essential for the website to function properly. These cookies ensure basic functionalities and security features of the website, anonymously.
Functional
Functional cookies help to perform certain functionalities like sharing the content of the website on social media platforms, collect feedbacks, and other third-party features.
Performance
Performance cookies are used to understand and analyze the key performance indexes of the website which helps in delivering a better user experience for the visitors.
Analytics
Analytical cookies are used to understand how visitors interact with the website. These cookies help provide information on metrics the number of visitors, bounce rate, traffic source, etc.
Advertisement
Advertisement cookies are used to provide visitors with relevant ads and marketing campaigns. These cookies track visitors across websites and collect information to provide customized ads.
Others
Other uncategorized cookies are those that are being analyzed and have not been classified into a category as yet.
SAVE & ACCEPT